Black Ink River is the rock band you should be watch out for right now.

The Hawkins was formed in the deep woods of Arboga back in 2013 as a Rock’n’Roll band with a sustained goal to always swing sharply.
Two years later their live debut took place and today the band have a number of live shows behind them.
The list of bands they have shared stages with includes Corroded (Their European tour, early 2018), Mustasch, Sator, Imperial State Electric, Lillasyster and Hardcore Superstar.
Their unique blend of punk, bluesrock and hardrock have put the band name on the international rock ´n´ roll map.
Between The Lines is the first single and music video and was released by the band in 2016 and the second single Fuck You All I’m Outta Here shortly followed in 2017.
The Hawkins debut album was released 2017 and produced by Johannes Carlsson.

The Hawkins have toured Europe, Russia and Switzerland.
The Hawkins released their latest single Profit in Disguise 2019 that has reached high numbers on Spotify while crafting their second full-length album.

Their second, Silence is a Bomb, album will be released the 4th of September 2020 through a new label contract with The Sign Records, and the first single “Roomer” was released in the beginning of May 2020. 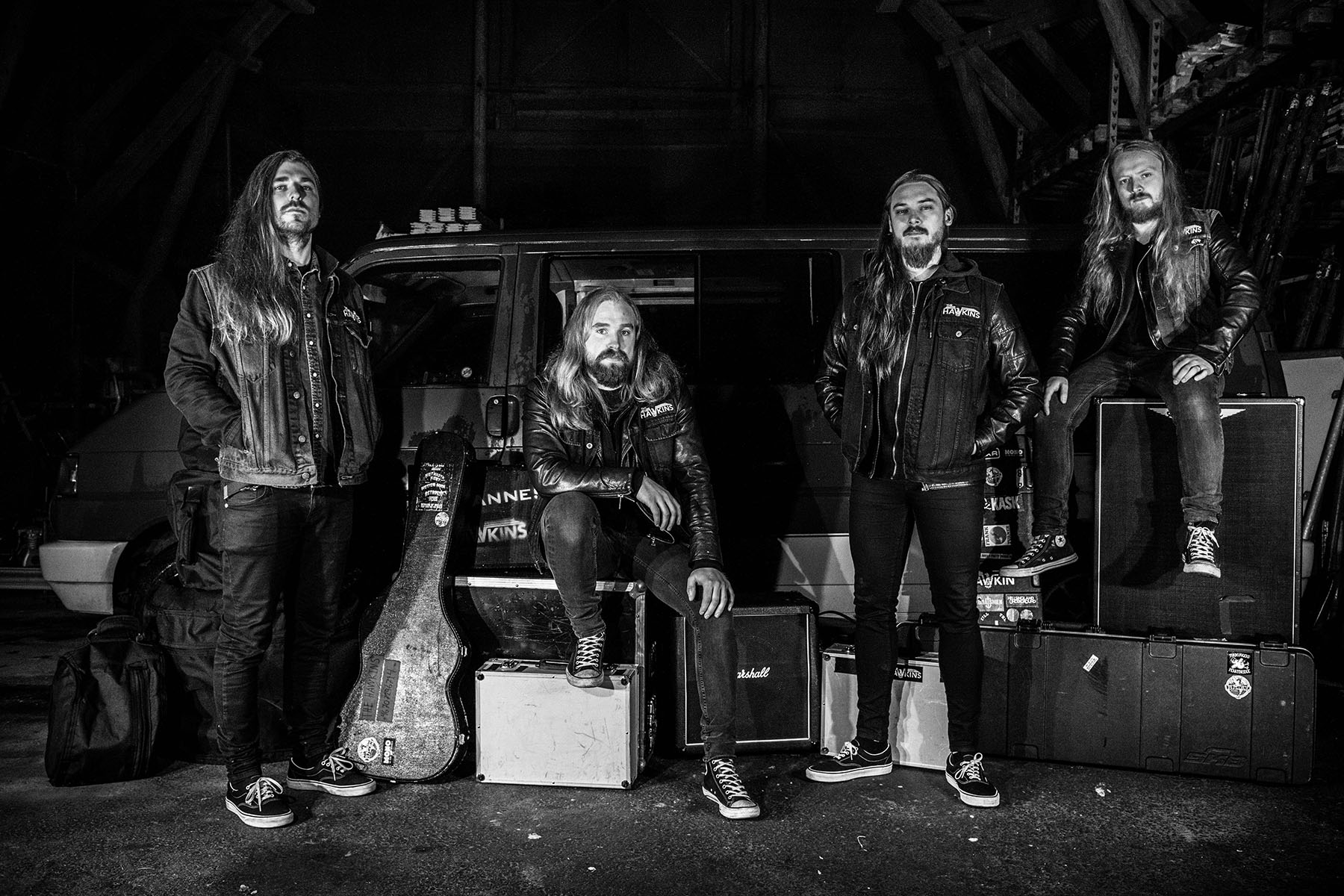